Validation of products on tissue models

Our team creates a fabric model for you to replicate for example skin, fat and muscles. Therefore we use different modeling methods. A fabric model with technical fabrics enables a reproducible model. If the model has to be more similar to human tissue, we can create models from vital cells (in-vitro model). We also conduct experiments with animal tissue. A very simple modeling to simulate electromagnetic properties is possible with liquids. However, only single-layer models are possible herewith.

In-vitro Skin models for the validation of medical devices

Preparation of a tissue model based on animal skin

Novel sensors can be validated at senetics using in-vitro models. This will give valuable insights into whether your system can detect parameters on models comparable to humans. This will allow your product to be optimized prior to use on subjects, which can significantly reduce the number of tests and subjects, thus reducing costs in a clinical trial. Innovative three-dimensional test systems, such as a skin model, based on the principles of tissue engineering, can be used for various tests and are already partially approved for the evaluation of medical devices. These in vitro systems reproduce the in vivo situation as realistically as possible. Because of this they offer, e.g. for the testing of the cytotoxicity of new materials, an effective and meaningful alternative to previously performed series of tests on the human-machine interface. In the long term, it will be possible to reduce animal testing by taking the 3R (reduce, replace, refine) guideline into account and replacing previously used detection methods. An example of this would be a model that simulates the human cornea and can replace the irritability test according to Draize.

The idea for the 3R was originally based primarily on the reduction of animal experiments in the screening of new drugs and compounds. However, it can be transferred to the testing of medical devices. Because human cells are used in these assays, the transferability of results obtained to the animal experiment on other species such as rodents is ensured for use. On the basis of these tests it is possible to detect risks such as biofouling and inflammatory reactions already in an early phase of development, to reduce the risks attributable to them to a minimum and thus to optimally support the health and integrity of the patient or user. Especially with novel product developments in the field of non-invasive sensor technology for vital-parameter monitoring, the data situation from already approved medical devices with comparable technologies is often limited.

Thanks to our expertise in tissue models, we can take over for you:

Skin model 1.8 cm for the validation of a sensor plaster 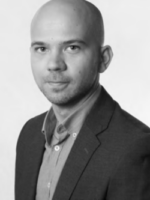 I look forward for your inquiry!